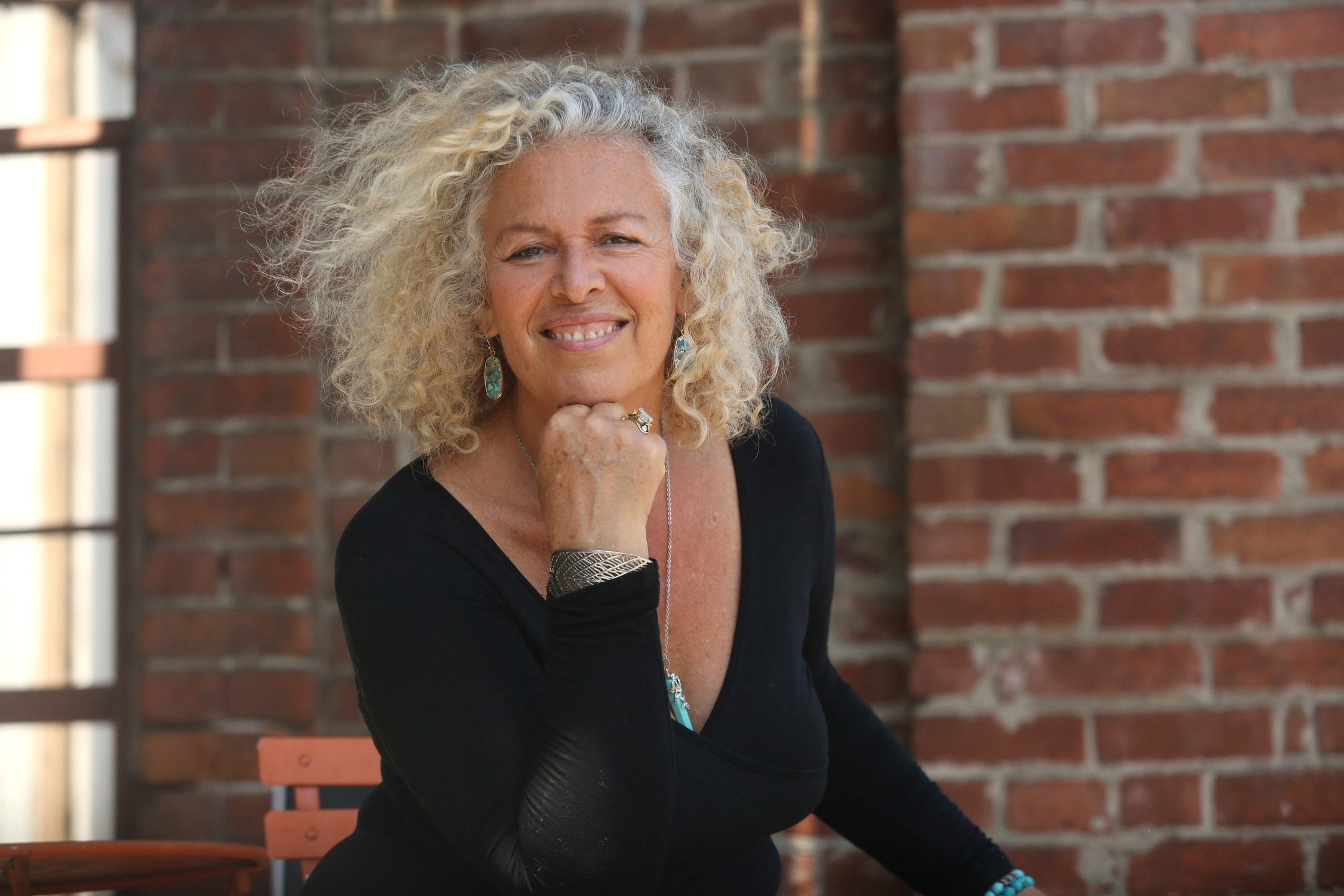 First finding her love and passion for film at an early age through Cowboy and Indian movies, Joanne Butcher quickly realised the power of storytelling and its impact on society. Diving into a career in film financing and screenwriting, Butcher has been helping independent filmmakers find the resources and funding to create thought-provoking films and opportunities for marginalised communities to showcase their creativity.

Witnessing the many changes within the film industry over her long career, Butcher uses her expertise to foster a space of inclusion of women and people of colour and those in marginalised communities to let them tell their stories; both in front of and behind the camera. The Business and Marketing Consultant and founder of Filmmaker Success has worked extensively with hundreds of clients around the world. From Brazil, the Caribbean to Latin America – countries and cultures that she holds close to heart and reflect her own multi-cultural heritage and upbringing.

When did your love for the film industry begin? Was there a certain moment that ignited this passion within you?

As a child I used to dream about Cowboy and Indian movies. I was always an Indian and we were always the good guys and we always won. At the end of the dream, there would be big letters that said: THE END. So my love of film started young.
When I was a child, I woke up earlier than my family on Sundays and watched whatever was on TV. I learned to speak German, I learned to cook, and I learned all about the Holocaust which I have been a student of ever since. I saw the power of television to educate early on in my childhood. When I moved to Miami in 1984 to study for a Masters Degree in English, I began studying filmmaking at the same time as well as volunteering with a film organization that showed experimental art films. We eventually founded a cinema and I became the director of that first run cinema and a film school. I was raising money to run a $500,000 a year non profit and eventually began teaching fundraising to filmmakers.

You were a Global Marketing Consultant for YouTube overseeing their UK movie rental unit and collaborating with engineers and curatorial teams all round the world. What was this experience like for you, working with such a global company? Were there any specific projects that still standout to you still to this day?

This was my favourite job EVER! Thank you so much for asking. I was given a list of movies that were launching in the UK in the next month and my job was to research and curate anything of interest around the film including interviews with actors and directors, clips from the movies, and so on. The job combined my love of research, education, and movies. It was fascinating working for YouTube – and thus Google – and seeing how they worked. There is no paper at the company, as an example. We worked collaboratively across many countries in these massive google spreadsheets with thousands and thousands of movies. It was a wonderful experience.

You’re an Executive Coach at Filmmaker Success. A business and consultancy company “helping thought-provoking films get funded and change the world”. Can you explain a little about how Filmmaker Success functions?

After a seven year stint in which I was sick from migraines and too sick to work, I re-imagined myself and brought together my experience running a cinema and a film school. These two sides of the film business – the industry including exhibition, marketing, and ticket sales tends to hardly ever converge with the educational side that includes film schools and film festivals. As a filmmaker and scriptwriting teacher, I saw that this experience coupled with distribution and exhibition meant that I had a unique perspective from the concept and the scriptwriting to the point where a customer paid for a ticket and watched a movie.

Although this may sound strange, most filmmakers do not understand how that complete journey actually works. So, I became a business coach who helps filmmakers understand how the industry actually works and what needs to happen to navigate that journey from script to ticket sales. I teach my clients about all the different ways of raising money so that they can get their films funded. I help filmmakers to raise that money, get their films produced, and then, most importantly, get distribution globally. Filmmakers usually only understand one or two steps in what is a particularly lengthy and complex process; so I help them fill in those gaps and better navigate all the steps so that they can make films that audiences want to watch and distributors want to get out into the world.

As a woman in the film industry, what changes have you witnessed throughout your career?

This is a great question. I have seen far fewer films that are not in English actually succeed in the U.S. When I started, there would be several foreign language films in the top 100, but by the early 2000s this number had dwindled to zero. Now, with companies such as Netflix, we are watching more and more foreign language content. Just look at the latest hit, Squid Game, from South Korea.

I have also seen in recent years, due to the #MeToo movement and growing pressure to open up to diverse communities, a growing inclusion of women and people of colour and those in marginalised communities have greater access both in front of and behind the camera.  However, the repetition of the exclusion of women and minorities from the major awards is getting really old and boring. This tension will have to be resolved, but I think it may simply be that these major awards events lose all relevance to audiences, especially to young audiences.

You’ve worked with many filmmakers from all different walks of life and all corners of the world including Brazil, the Caribbean and Latin America. Why is it so important for you to work with such a diverse group of storytellers and creators?

I was born in London, England to a mother of Irish descent and a Trinidadian father. I was born bi-racial, bi-cultural, and multinational. I love learning languages and speak French and Spanish, and I am always incredibly excited by international projects. Foreign filmmakers always see themselves as less than Americans, and I love to show them how this is not true, that we are all equal and that we can all succeed on the international stage.

You’re currently programming a series of interviews with early stage filmmakers to teach them the Business of Film. What can you tell us about this?

I began this series at the beginning of COVID-19 because I realized that all my successful producer friends were – for once – not racing around the world, on set and too busy to schedule a chat. They were all sitting at home, so I started the interview series – The Filmmaker’s Life – to talk about their experiences building a filmmaking career. I think that filmmakers think there are simple paths to creating a filmmaking career, but in fact, every single path looks different. So that’s what we talk about: how did you start out? What happened to help you build your career?  How do you balance a creative life with the pressures of the real world?

With the global Covid-19 pandemic impacting many aspects of the entertainment industry which saw movie theatres and production studios temporarily close. Whilst filmmakers were forced to adapt amidst the disruption, they continued creating work. I assume this change was much more painful for independent filmmakers who don’t have the same resources and finances as major studios. How did you navigate this change as someone who works with independent filmmakers?

So many of my clients made films during the pandemic, and did so safely. I feel that independent filmmakers are the most creative people in the world, and they continue to write, produce, edit, and market their films. It was the larger companies who were more impacted. It’s all so much about mindset, isn’t it? I heard someone who helps filmmakers with crowdfunding say that she had stopped working until COVID-19 was over because no one was running crowdfunding campaigns. My clients ran at least 10 successful campaigns during the pandemic. Things may have slowed down and filmmakers may have had to pivot; but everyone kept going. Well my clients did, anyway!

Has there been any changes into the business aspect of the industry since the pandemic, in terms of film financing?

I don’t think so. I like to say that film financing today is based on the same business model and principles by which movies were made in the 1920s. If you have a bankable name in your film, you can raise significant money to make your film. If you don’t, you’ll have to make a film for a very modest amount of money. As far as I can see, that never changes.

How Can Social Anxiety Affect Your Career Opportunities?

Cheer is Here! The Southbank Centre’s Winter Festival Has Returned For Festive Fun

Women at Work: The UK Industries Where Women Are Thriving the Most