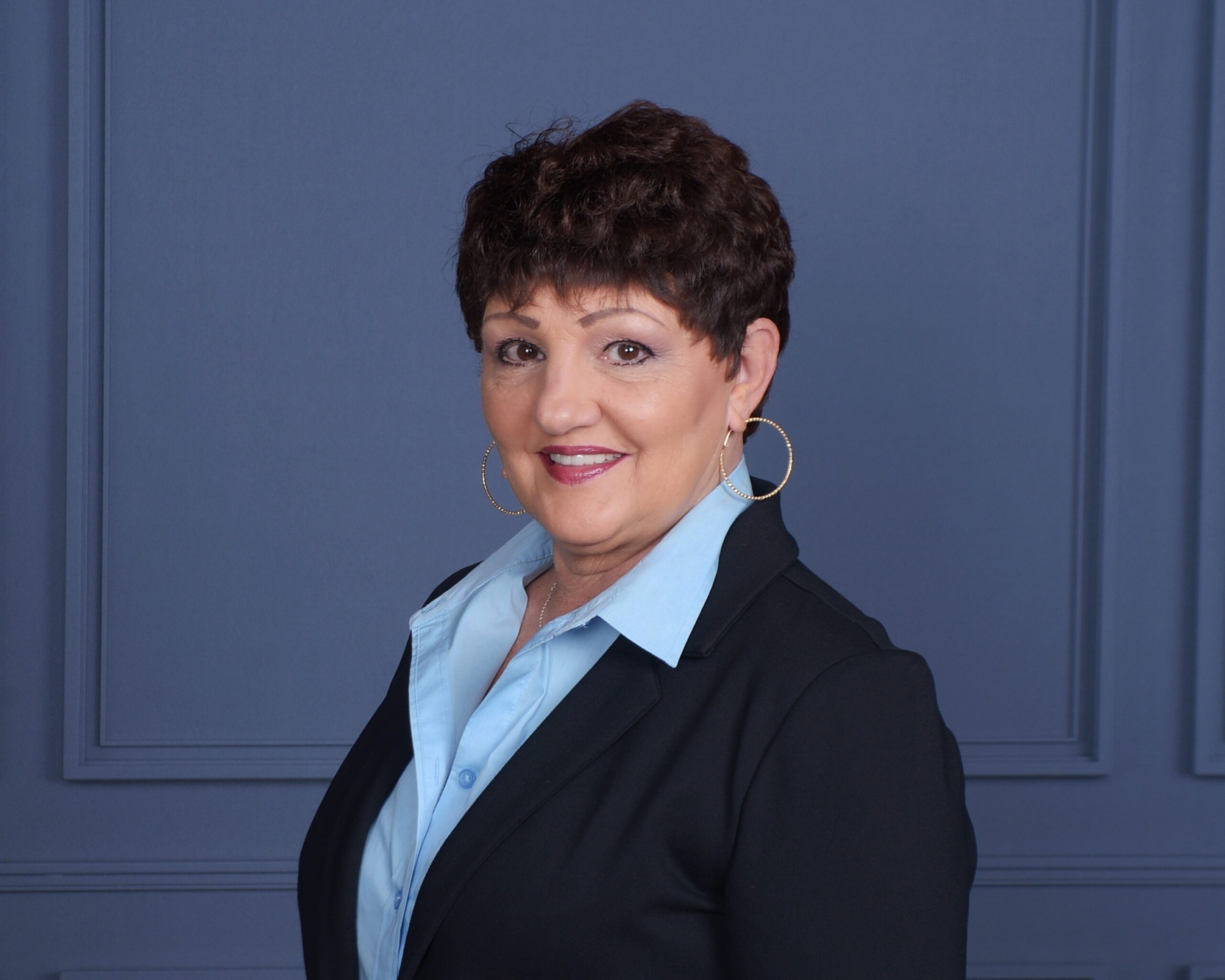 After battling cervical cancer at the age of 30 whilst going through a divorce, to finding a lump on her breast at the age of 38 to then being diagnosed with a rare disease called Langerhans Cell Histiocytosis, Cynthia Simmons is familiar with the walls of a hospital and the constant bad news from her doctors. However, when Simmons was told she had only 6 months to live in 2009, she simply replied, ‘You be the doctor and let God be the Timekeeper.’

With the determination to survive and never give up, even after arranging her own funeral arrangements to spare her family the grief, Cynthia Simmons pushed through and became an honorary doctor, dedicating her time to helping others and encouraging them to never give up.

You have experienced challenge after challenge from cancer, divorce, to redundancy. Can you tell us more about yourself and your journey to this point?

My greatest dream as a child was to be a doctor. I felt in my heart that I wanted to be the person that could help those who felt helpless and in need. Today I attribute that to the volatile childhood that I felt vulnerable and in need as a child. How that would play out in my life, I have only discovered in the fifth decade of my life.

With a father who was a musician spending most of his time in the bars, it didn’t seem to help that he was an alcoholic. My mother, who often felt alone, would then abandon the family to return to her native country of Germany. That combination caused me to find myself repeatedly living in the home of others- and constantly feeling like a burden. Dealing with neglect, mental, physical and sexual abuse, I continuously sought love and security. So, at a very young age, I dropped out of high school and left that life. It wasn’t long before I found myself back in the same scenario, just a different setting. I married at the age of 18 and became the mother of 3 (two boys and one girl) by 22. More often than not, once again, I found myself alone and being a single parent to my three children. I knew if I wanted a better life, I had to return to school. It was the only way I was going to give my children a better life than I had. So, while working a full-time job, I also enrolled in college and took my children with me to the college day-care while I attended classes. I obtained a clinical/medical assistant certificate and graduated with honours on the Dean’s list.

At the age of 30, while battling cervical cancer, I finally had enough of the infidelities and unstable marriage I had been in for thirteen years and filed for divorce. At the age of 35, I met the man who is today my husband, and with whom I had my fourth child at the age of 36. Over the years, I swore I would never see any child go without a mother or loving home environment, so I had taken in many of my children’s friends that were in hopeless situations. With my husband and myself working good jobs, it was never a financial burden to us until the medical office I had been working for closed down. My husband suggested I apply for a local government job where he worked which would be the first time I would step outside the medical arena since college. I applied for the position and went through their testing, and was hired immediately. It wasn’t long after being hired I started to feel tired. I played it off to the stress of life and thought it was just keeping up with work, home, four to six kids at any given time, and attending the many school sporting events.

At the age of 38, I discovered a lump in my breast, but because I was not yet 40 years old and had no family history of breast cancer, my doctor and insurance refused to do exams and mammograms due to those simple facts. Now at the age of forty, feeling exhausted and overwhelmed, I went in for a simple annual check-up, thinking that perhaps I was just low on iron or B12, which I had been years earlier. I was then diagnosed with invasive ductal carcinoma. I found myself, again reminding my doctor of this lump that was now grown from pea-sized to a marble within two years. After years of refusing to acknowledge it, he was willing to ease my concerns this time and examine the area.

Breast Cancer – it required me to be hospitalized and in treatment. To make matters worse, due to my ongoing treatments and surgeries, my employer terminated my employment. Their words were, “we need someone who can be here.” Once I got through my breast cancer treatments and healed from my many surgeries (which included a frozen shoulder repair and six months of physical therapy brought on by those treatments for breast cancer), I felt it was time to return to work, but this time back to the medical field. I felt that was the most brilliant and safest decision, given my new health history. They would understand if I became ill again. I mean, this is what they do, help those who are sick. I quickly acquired a job working at the local hospital in the OR department. It was my dream job to work in the OR, and I felt secure in my new job. Well, it wasn’t long before I became very ill. It took over a year to reach a diagnosis. I was misdiagnosed with so many things that it almost caused my death for being treated for illnesses I did not have. Then after many various biopsies from all areas of my body, the results were available.

Langerhans Cell Histiocytosis is also known simply as LCH. It has been thought that perhaps (LCH) was what I had been battling since my childhood. LCH is listed with the National Organization of Rare Diseases. Sporadic cancer is strictly all research protocol, including the treatment. Locally, there weren’t doctors that knew about LCH. I became an advocate for myself and sought out those doing research, connecting them with my oncologist. I found myself back in chemo this time Monday – Friday from 9 am – 3 pm. Once again, I was terminated from the security of employment at the hospital. In October 2009, I was diagnosed with multi-vital organ involvement with a poor prognosis and was given a six-month life expectancy. Five years later, in 2014, I was diagnosed with skin cancer, which only required surgical removal and no further treatments. None of the cancers that I battled was metastasis.

What was going through your mind when the doctor told you that you only had six months to live?

My exact words to the doctor that day were, “you be the doctor and let God be the timekeeper.” Just because a person has cancer does not mean that they will die from it. I’m sure many have had cancer and thought that would be the reason for their demise, only to die from something unrelated. Also, my will to survive for my children, and the purpose of my existence had not yet been fulfilled. I believe we all have a purpose on this earth, and I knew that I still had something to do here. I soon discovered it was that strong desire I had as a child to help others.

I focused on my purpose; it was my driving force. I knew I still had to do the things that were the burning desires of my heart. I didn’t give power to others for my life choices, no matter if it was health or career. That mentality helped me never to give up. Which today, has led me to become a Certified Les Brown Professional Speaker, the Author of my first book “A Breast Cancer Notification,” and the recipient of an Honorary Doctorate Degree in Philosophy in Christian and Business Leadership for my work in helping others.

After being terminated from two jobs, I realized that there is no such thing as job security unless you hire yourself. For me helping others, was better served privately than through an employer. I am now the messenger. I can do more outside the medical arena than I could ever do in it. My greatest ambition is to give hope to those who feel hopeless and inspiration to those who need to be inspired.

What are three pieces of advice you would give to someone struggling to stay positive, and how can they achieve a never-give-up mentality?

1. Self-Talk – What are you saying to yourself when no one else is listening? What you say in the quiet moments when only you are listening will be what you hear. Your mind and body will react to that personal conversation you have with “you”. Speak your life into existence.

2. Mindset- There are two types of mindsets, fixed and growth. If you are in a fixed mindset, you are not open to change. If you have a growth mindset you will open yourself up to change and development.

3. Design – Finding your purpose will give you the excitement and drive to do and accomplish more of the things you love. Usually, it is whatever your greatest passion is. It wasn’t until later in my life I discovered how that could happen in more ways than one. Mine was to help others. Everything that has life has a purpose.

You are currently writing a book called ‘I Won’t Fire Me’ with a foreword written by Les Brown. Can you tell us more about the inspiration behind this book? What does your writing process look like?

I am still in the pre-writing stages of the book. My inspiration came when I realized quickly after being fired from two jobs. I was no longer an asset to employers; I had become a liability. However, I knew as a person I had integrity, I was dedicated and committed to the task at hand, and “I Won’t Fire Me.”

What does female empowerment mean to you?

As women, we must become our own best advocates, fighting for ourselves when others have given up on us regardless of our health, career, or happiness. It would be best if you become your cheerleader to reach and attain the goals in life you have set for yourself.

The Wealth Dragon Way: Mastering The Art Of Property Investment With...

How to manage an effective return to the office

Diversity in the TV industry

Cheer is Here! The Southbank Centre’s Winter Festival Has Returned For Festive Fun

Women at Work: The UK Industries Where Women Are Thriving the Most