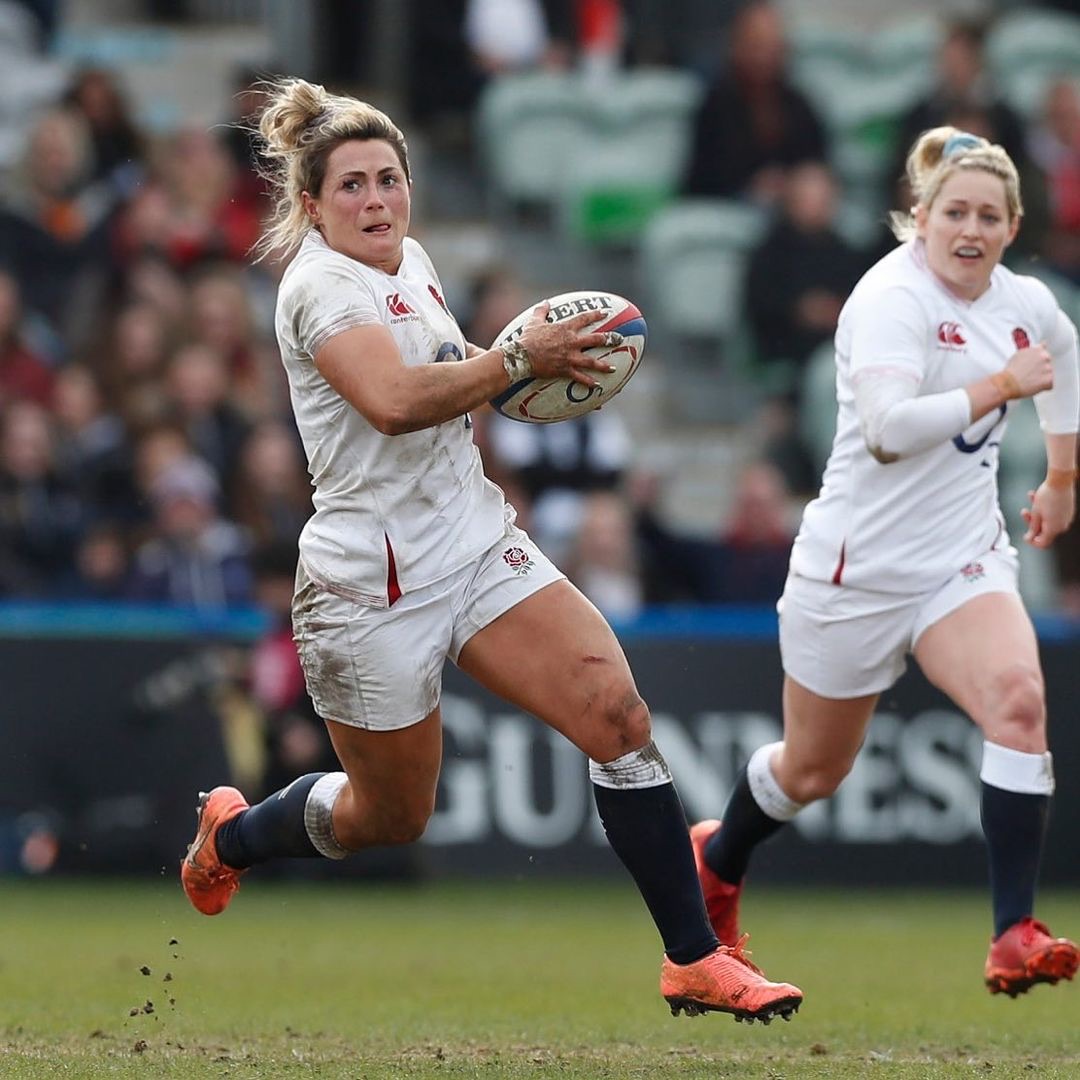 A woman of many talents and passions, Vicky Fleetwood is professional Rugby player who has led England to victory numerous times at Rugby World Cups, and the 6 Nations, as well as a personal trainer and motivational speaker.

Entering the world professional sports and making her Red Roses debut at the young age of 21, the now 31-year-old has witnessed some of the strides in the sports industry to empower women and young girls to be more involved in sports. However, for Fleetwood and many female athletics, the fight for inclusion and equality in the sports industry is not over yet. More still needs to be done.

How did you get into sports and what made rugby so special to you?

I was sporty from a young age, and I did swimming, netball and athletics from when I was at primary school. I then went on to play hockey and rugby, and at 17 I had to make the decision to focus on one if I was going to succeed in it – obviously I chose rugby! It wasn’t like any other sport I’d ever played, and I really enjoyed the camaraderie of team sports. From my first training session I knew it was something I was going to love for a long time.

You made your Red Roses debut in 2011 when you were just 21. It’s now 10 years later, what have been some of the best moments in your career?

There’s been so many strides in women’s sports and female athletes have been at the forefront of making sports more accessible to younger women and girls. What do you hope to see in women’s sports in the future?

Although there have been may strides forward, most sports still have a huge gender pay gap. Understandably so when there isn’t the same opportunity to watch women’s sport either on TV or at grounds/stadiums. More needs to be done to build attendances at women’s rugby games to help finance the sport and allow more players to play full time.

How do you think we can achieve equality in the sports industry?

It’s a bit of a chicken & egg analogy in my mind. Generally, women’s sport doesn’t have the same following, but there also isn’t the same media interest or money within the sport. Somewhere, one of these elements has to change in order to develop the other.

When you’re not training or helping England win Rugby World Cups, and the 6 Nations, what can we find Vicky doing to unwind?

I love food, so either cooking or eating!

Aside from professional ruby, you’re also a personal trainer and
motivational speaker, how do you juggle all of these ventures and still find time for your personal life to thrive?

I’m lucky that I have a very supportive family and friends who understand that I’m busy or away a lot of the time. PT and motivational speaking are things that I currently really enjoy doing, alongside them being my work. And I suppose it’s like a lot of work – sometimes there are periods that are busier than others and I might not get as much time to socialise, but I try to keep a healthy balance as much as possible.

Lockdown has no doubt had its negative impacts on both our collective mental and physical health. How did you manage to keep yourself motivated?

Having trained for so many years, it’s almost a habit for me. Having more time at home meant that I could train whenever I wanted, and get lots of rest too! I’m really lucky that I have gym equipment at home, so was able to stay relatively fit during lockdown.

What are you looking forward to most now that we’re having a lockdown free summer?

As there is no time for me to go away, it would have to be socialising in a more normal way with friends and family, and not having to worry about numbers or only being outside.